Showing posts from September, 2011
Show all

Veep Lashes Out At Journalists On Wikileaks 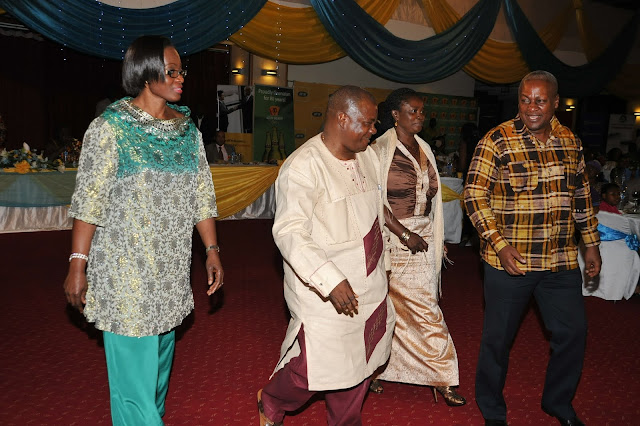 The  Vice-President, Mr John Dramani Mahama, has criticised some journalists for the manner they have used the WeakiLeaks reports to attack and vilify perceived political opponents.

He said the recent WikiLeaks cables had accentuated the media warfare and put the discussion of pressing national issues to the background, saying that, “nothing in this country matters anymore”.

“Reprinting the judicious gossips from the US Embassy cables provides the media that is already polarised on partisan lines with enough ammunition and fire power to pound one’s opponent for the rest of the year,” he said.

Mr Mahama was speaking at the 16th Ghana Journalists Association (GJA) Awards held at the Banquet Hall of the State House in Accra Friday. It was held on the theme: “Giving Impetus to Democracy and Development in Africa: The Role of the Investigative Journalist”.
Mr Mahama said the US Embassy cables were meant to be confidential, and indicated that if it had remained so, …
Post a Comment
Read more

September 07, 2011
The Makola 31st December Market was on Monday thrown into a state of pandemonium when members of the Local Textile Designers Task Force, which went to the market to seize what were considered illegal prints, were chased away by the traders.

Numbering more than 15, the members of the task force, some of whom had earlier impounded some of the textiles, were chased out of the market by the traders amid insults and heckling.

The task force was established in 2010 and given the mandate to monitor the movement of smuggled fabrics, target relevant warehouses and seize for destruction pirated and smuggled textile prints to deter the dealers and others who may be tempted to deal in such goods.

Speaking to the Daily Graphic, a trader whose name is being withheld, said the team arrived, at the market at about 9:00.a.m and, without any permission, entered some of the shops and started pulling out clothes.

The woman, who said she had lost three pieces in an earlier raid, stated th…
Post a Comment
Read more

September 07, 2011
The Graphic Communications Group Limited (GCGL) has maintained its dominance of the media landscape by sweeping eight awards announced by the Ghana Journalists Association Monday.

While the Daily Graphic was nominated for an institutional award, seven journalists within the fold of the GCGL were also selected for the awards ceremony slated for September 9, 2011 at the Banquet Hall of the State House in Accra.
The nominees from the GCGL are as follows: Lucy Adoma Yeboah/Rebecca Quaicoe-Duho for a joint award, Kofi Yeboah, Charles Benoni Okine, Naa Lamiley Bentil, William Asiedu (The Mirror) and Vicky Wereko-Andoh, a columnist of the Daily Graphic.
Another award won by journalists of the GCGL was labelled as Team Graphic because the article was written by five journalists. They are Kofi Yeboah, Emmanuel Bonney, Victor Kwawukume, Vincent Amenueveve and Nana Konadu Agyeman.
Other award winners from the various media houses include: last year’s Journalist of the Year, Samuel Agyeman…
Post a Comment
Read more
More posts