Showing posts from March, 2016
Show all

The Supreme Court Tuesday cautioned the embattled businessman, Alfred A. Woyome, to take the court seriously after it dismissed his latest application seeking a stay of execution to allow him to pay the GH¢51.2 million he fraudulently received as judgement debt while he heads to the International Chamber of Commerce (ICC) whose functions include arbitration in business/commerce cases.Woyome also prayed the court to allow him to pay the money by instalments, starting with GH¢8 million at the end of April, with the rest spread over 36 months and paid quarterly.The court, however, took exception to the fact that while Mr Ken Anku, counsel for Woyome, had told the media that he was heading to the ICC for arbitration, he was in the court seeking to tie the hands of the Attorney-General (A-G) to prevent her from attaching Woyome’s properties because his client wanted to renegotiate the terms of payment.According to his lawyer, Mr Woyome had, by a letter dated February 10, thi…
Post a Comment
Read more

Our nation in crisis: Akufo-Addo

March 04, 2016
THE presidential candidate of the New Patriotic Party (NPP), Nana Addo Dankwa  Akufo-Addo has said President John Dramani Mahama is out of touch in the country.
He argued that contrary to the rosy picture the President painted of circumstances in the country, the nation was in crisis.
He observed that a universally accepted way of determining the state of the nation was by looking at its economy and its impact on the lives of the people.
Nana Akufo-Addo said this in Accra yesterday when he delivered his party’s version of the state of the nation in response to President Mahama’s delivery last Thursday.
On the theme, “The Real State of the Nation”, the event attracted all those who matter in the NPP, including former President J.A. Kufuor, whose legacy the NPP presidential candidate compared with the performance of the current administration.
Post a Comment
Read more

March 04, 2016
Last Wednesday, the Supreme Court at its sitting in Accra, cautioned embattled businessman, Alfred A. Woyome, to take the court seriously.
This was after the court had dismissed his latest application seeking a stay of execution to allow him to pay the GH¢51.2 million he fraudulently received as judgement debt, while he heads to the International Chamber of Commerce (ICC).
The Daily Graphic brings to readers interesting excerpts of what transpired between the bench and Mr Ken Anku, counsel for the plaintiff, that led to the dismissal of the suit.
Read on:

Mr Justice Jones Dotse: When did you become aware that your client would be going to the International Chamber of Commerce for arbitration?
Mr Anku: My Lord, it was the morning of the last time we were here.  If I may refer, that was February 11.
Mr Justice Dotse: Do you recall that day, soon after court, it was reported in the newspapers that you granted interviews to the media.
Mr Anku: Respectfully, yes, I did.
Mr Justice Dotse: And i…
Post a Comment
Read more

March 04, 2016
THE acute water problem facing Akwatia, Winneba and their environs may soon be a thing of the past as the Akim Oda Water Expansion Project nears completion by the end of April, this year.

When completed, the almost 165 million-euro project is expected to produce at least 1.3 million gallons of water initially and will be increased to eight million gallons by 2041.

Started in September 2013, it is being executed by ARDA GRUP, a Turkish company. The water project is expected to serve more than 200,000 people in communities, including Akim Oda and a number of communities in the Birim Central Municipality, Akwatia and Winneba.

The dam
The project, being financed by the Turkish Exim Bank, with counterpart funding from the government of Ghana, includes the rehabilitation and expansion of the Winneba Water Supply System.

A tour of the project site by the Daily Graphic saw extensive excavation and construction works at the site to dam the Birim River. 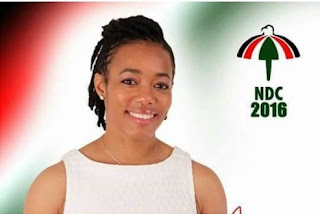 The Accra High Court has adjourned the case in which the eligibility of Dr Zanetor Agyeman Rawlings as the National Democratic Congress (NDC) parliamentary candidate for the Klottey Korle Constituency in Accra for the 2016 elections is being challenged.

The presiding judge, Mr Justice Kweku Ackaah Boafo, told the court that he had received a letter from Mr Gary Nimako Marfo, the counsel for the plaintiffs, asking for the adjournment of the case to March 9, 2016.

Two other contenders in the race—Nii Armah Ashitey, the incumbent Member of Parliament (MP) for the constituency and Nii John Coleman, an aspirant in the primaries,  are claiming Dr Rawlings is not a registered voter and therefore not qualified to be elected as a parliamentary candidate for the NDC.


Other parties joined to the suit are the NDC and the Electoral Commission (EC).

The letter
The judge declined to disclose the content of the letter received from Mr Marfo but asked Mr Edudzi Tamakloe, counsel for Dr Agyeman Rawlings, i…
Post a Comment
Read more
More posts