Showing posts from December, 2018
Show all

December 19, 2018
The payment of low wages to employees in the informal sector in Accra and other parts of the country is making it difficult for them to lead decent lives.The low wages make it difficult for that category of workers to live on their wages beyond two weeks.

Even some public sector workers find themselves in a similar circumstance.
Wages in the informal sector in the capital vary from as low as GH¢150 to about GH¢450 a month, according to Daily Graphic checks.

Kitchen assistants at chop bars, shop attendants, private car drivers, house helps, seamstresses, hairdressers, watchmen, food vendors and traders are stretched to the limit, yet they earn incomes below the minimum wage, which is currently pegged at GH¢9.68.

The new wage, which represents a 10 per cent upward review, will take effect from January 1, 2019.

Moans of a people; villages named after genitals cry of neglect (August 4) 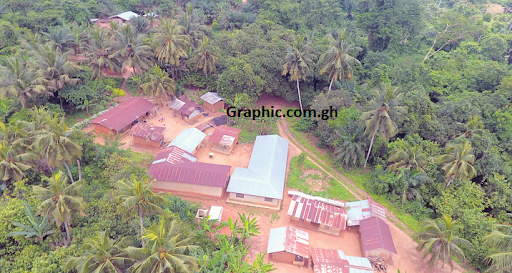 Their names evoke laughter, and for many conservative Ghanaians, such names are better mentioned in the bedroom or in whispers. So Members of Parliament (MPs) were beside themselves with laughter when the MP for Abirem, Mr John Frimpong Osei, mentioned three villages in his constituencies that needed electricity during question time with the Energy Minister.

Mr Osei sought to find out when those villages and many others in his constituency would join the national grid.His enquiries went this way. “Mr Speaker, I rise to ask the Energy Minister whether the Ministry has plans to provide electricity for the following communities in the Abirem Constituency, which are difficult to connect to the national grid. Kyiri Ahantan, Twe nyui su, Etwe nim Nyansa, Koti Ye Aboa, Hyoa Ye Mmobo… Kasabrofo, Asarekrom, Alhajikrom and Yaw Broni.”


The road leading to the cottages are hilly, bumpy and undulating

The House erupted into laughter, with some holding their ribs because they had not held tho…
Post a Comment
Read more

A 21-year old senior high school science(SHS) graduate who has gained admission to the University of Ghana Medical School is struggling to pay his fees. Mr Joseph Doe Kumedzro, a product of the Keta Senior High School who completed SHS in 2016, and scored 7A1s in the West Africa Senior Secondary Certificate Examination (WASSCE), said his mother, a petty trader who sold fruits to take care of his education from the basic to the SHS level, could no longer help him further his education.

Joseph who had A1 in Physics, Chemistry, Biology, Elective Mathematics, Integrated Science, Core Mathematics, Social Studies and B3 in English, said he taught at a remedial school to save money to buy his admission form.

In 2016, he initially applied for admission to the Medical School at the Kwame Nkrumah University of Science and Technology (KNUST) but was offered Biochemistry.

Fee paying
Luck smiled at him and he was admitted to study Bachelor of Dental Surgery at the University of Ghana, …
Post a Comment
Read more 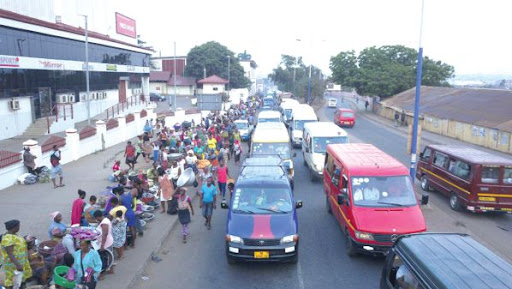 A night market has sprung up on a section of the Graphic Road where some traders, including pregnant women and nursing mothers, have taken to sleeping on the streets of Accra  in order to sell their wares before daybreak.

Some of the traders doing brisk business on the Graphic Road in the early hours of Saturday also ‘Early birds’ operating around 2 a.m. at the entrance of the Graphic Press House.
The traders, some of whom are fishmongers, come from coastal communities outside Accra, including Senya Bereku, Winneba, Biriwa, Mankessim, Takoradi as well as parts of the Eastern Region, including Nsawam and Suhum, begin to line up under the traffic light leading to Kantamanto as well as the entrances to the Graphic Press House from 10 p.m.

Some of them are accompanied by children, some as young as 12 years whose parents claimed they had no one to leave …
Post a Comment
Read more

Life without toilet: GAMA project to the rescue

There's no place like home. And there's no toilet like your own.
---Taylor York (American Musician & Songwriter)

It is 10.15 a.m., tiny chains of smokes rise into the sky as residents of a developing community squat inside a bushy space close to a market to do what most would only do while hiding –– go to the toilet.

One after another, they arrive with newspapers, toilet rolls,  and water bottles in hand. Some try to hide, but others are not bothered about being in the open to release their ‘unwanted goods’.

Minutes later, they left just as they came, only without their toiletries—just empty hands and empty bottles. But they left behind stench and excreta of all colours.

This is Ashaiman Lebanon, a sprawling community of hundreds of uncompleted buildings in the Ashaiman Municipality in the Greater Accra Region.

No toilet
Inside the Ashaiman Township itself, toilet is a luxury in many homes. Mr Patrick Dewu, a pensioner had lived in…
Post a Comment
Read more
More posts