Showing posts from January, 2019
Show all

January 31, 2019
Ghana is courting the international scientific community to have Africa’s first-ever Pan African synchrotron light source research facility on the continent. The facility allows detailed studies of objects ranging in size from human cells, through viruses down to atoms, with a precision that is not possible by other means. The Minister of Environment, Science, Technology and Innovation (MESTI), Prof. Kwabena Frimpong Boateng, made a case for Ghana when he opened a five-day joint Africa Light Source and Pan African Conference on Crystallography in Accra, where scientists from across the world are meeting to deliberate on the future establishment of a Pan African synchrotron light source research facility in Africa. The conference, which is on the theme: “Crystallography: a tool for sustainable development in Africa, attracted 300 participants from Ghana and other countries, including South Africa, the United States of America and Australia. Delivering a speech on behalf of President N…
Post a Comment
Read more 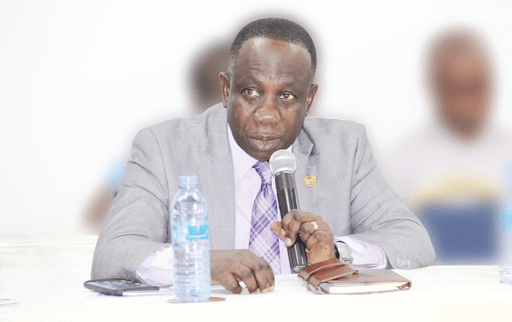 The Students Loan Trust Fund (SLTF) has disbursed about GH¢20.4 million to 16,637 students in the country's tertiary institutions for the 2018/2019 academic year. The beneficiaries include 1,500 fresh applicants whose applications have been validated by the fund.
The loans, which represent disbursement for last year, are meant to defray personal expenses, including fees, the cost of boarding, lodging, books and equipment and for other purposes that may be necessary for borrowers’ courses of study.


The Head of Communications at the SLTF, Mr George Laing, told the Daily Graphic that the only applicants yet to receive their money were those in 49 institutions which were yet to present their lists of registered students to the fund.


He explained that the institutions were mostly small private institutions, adding: “This means students from those ins…
1 comment
Read more
More posts