Showing posts from February, 2016
Show all

Korle Bu going ahead with court case against A-G'S advise

February 19, 2016
The Korle Bu Teaching Hospital has decided to continue the case of its interdicted Director of Pharmacy, Mrs Elizabeth Bruce, contrary to an earlier agreement to settle.

Counsel for the hospital, Mr Kin Hussein Ibn Alhassan, told the Accra High Court that the hospital was unable to settle the case in which Mrs Bruce, in April 2015, took legal action after she was interdicted in January 2015 for allegedly misappropriating funds at the Pharmacy Department.

But counsel for Mrs Bruce, Mr Godfred Yeboah Dame, expressed dissatisfaction with the answer and told the court that agreement was reached during the court’s last sitting and there was a letter from the Attorney-General’s Department to back his position.

Waving a letter purportedly from the A-G, Mr Odame said “These are some of the things that public officers do that result in the financial loss to the state. The Attorney General has advised for settlement and yet they wants to continue?” 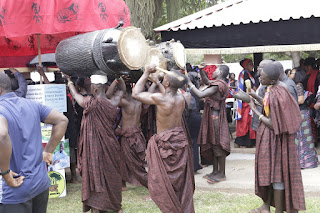 TEARY eyes dominated the one week rites for late Member of Parliament (MP) of Abuakwa North, Mr J.B. Danquah-Adu in Accra yesterday, but the event was not without controversy.

While the formal ceremony, graced by dignitaries, including the Vice -President, Mr Kwesi Bekoe Amissah-Arthur, the 2016 presidential candidate of the NPP, Nana Addo-Danquah Akufo-Addo and almost all those who matter in the NPP, was in  progress,  a number of people from the Abuakwa North Constituency of the late MP turned the funeral ground into a place where they invoked curses on people, who they alleged, killed the legislator.

Some of the constituents holding eggs and schnapps trooped to the funeral grounds sprinkling the drink to invoke deities in the Abuakwa area to deal with all those who have a hand in the death of the MP.

The NPP legislator was stabbed to death at his residence at Shiashie at  East Legon in Accra on February 8, 2016.
Curses

“No justice, no peace, no peace” the group from Akyem Tafo and i…
Post a Comment
Read more

Issues set out for trial in Afoko case

February 18, 2016
The embattled Chairman of the New Patriotic Party (NPP), Mr Paul Afoko, is contesting the status of two members of the party’s Disciplinary Committee that recommended his suspension.
The legitimacy of the two, Mrs Gifty Eugenia Kusi , the party’s Member of Parliament (MP) for Tarkwa-Nsuaem Constituency and the Upper West Regional Chairman of the NPP, Alhaji Abdul-Rahman Abubakar, also known as Alhaji Short, on the party’s Disciplinary Committee, is one of the five issues being raised by Mr Afoko’s lawyers.
Court’s directives
At Wednesday’s sitting, the Human Rights Division of the Accra High Court ordered the parties in the case in which Mr Afoko is challenging the legality of his suspension, to file and exchange the required documents by March 24.
After several adjournments because neither the NPP nor its lawyers had been coming to court, the court Wednesday sorted out the issues for trial.
The court, presided over by Mr Justice Anthony Yeboah, said during the trial,…
Post a Comment
Read more
More posts