Showing posts from April, 2011
Show all

April 12, 2011
GHANAIANS have been urged to ignore the negative political banter that has crept into the country’s politics in order to consolidate the country’s prevailing  peace and unity.

“Peace, unity and stability are very important if we want to consolidate on the gains we have made so far, therefore, we must not allow politicians to derail that,” said Apostle Dr Stephen K. Amoani, the Chairman of the  Christ Apostolic Church International (CACI).

Apostle Dr Amoani who made the call in an interview with the Daily Graphic during the dedication service of a GHC 400,000- Odorkor Central branch of  the CACI said it was important that politicians  eschew actions that could divide the nation and place it on the path of other politically unstable countries in Africa.

“We have so much to learn from the experiences of other countries that travelled the path of political instability,” he stated.

He said as the 2012 general elections approached, the world would be looking forward to see Ghana live up to …
Post a Comment
Read more Some of these painkillers can cause erectile dysfuction


A urologist at the Korle-Bu Teaching Hospital, Dr J.E. Mensah, has cautioned the public, especially men, against the regular use of painkillers such as Ibuprofen and Aspirin because of their increased risk of causing erectile dysfunction.

In an interview with the Daily Graphic in Accra on Saturday, Dr Mensah said "the side effects of the painkillers are so dangerous for those who take them for a long time."

Commenting on a new research which has concluded that men who regularly take painkillers such as Ibuprofen and Aspirin may be at increased risk of erectile dysfunction, Dr Mensah said "those who take the painkiller once in a while when in pain are not so much at risk as those who take them regularly for a long time."

April 08, 2011
SHAREHOLDERS of Cocoa Processing Company (CPC) Limited passed a resolution at the company’s 2010 Annual General Meeting (AGM) to convert $14,087,120, which is part of its indebtedness to the Ghana Cocoa Board, to equity to recapitalise the company.

The move, according to the Chairman of the Board of Directors, Mr Jacob S. Arthur, is expected to have a “significant and positive impact on the company’s liquidity”.

In his statement to shareholders, he said the balance of the debt of US$32,002,146 had been rescheduled to be repaid over a 10-year period at concessionary interest rate.

He noted that the year under review was a challenging one as a greater part of the year was devoted to completing the installation of complementary machinery at one of the company’s factories.

The rehabilitation, he stated was necessary to bring the factory up to modern industry standard after more than 40 years of existence without any major rehabilitation. 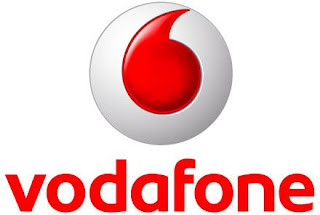 Telecommunications company Vodafone Ghana, on Monday launched a health campaign to partner medical superintendents in the regional hospitals to identify and cater for the medical bills of patients who are in need of life-saving medical procedures but cannot afford them.

Known as HealthLine, the initiative also seeks to address the most important health concerns of Ghanaians through a 26-week television and radio programme in partnership with a team of medical experts selected throughout the country.

Among the conditions targeted for the project are fibroid, cervical cancer, maternal mortality, mental health and prostate cancer and impotence, while the team of medical experts will include a paediatrician, a gynaecologist, a general practitioner and a dermatologist.

The television show will be in two parts; the first part will discuss health issues relevant to today’s society, while the second part will track the recovery process of patients treated under the campaign.

April 08, 2011
The Ministry of Transport is carrying out feasibility studies to pave way for the construction of a deep sea port.

The sector minister, Alhaji Collins Dauda, who  disclosed this at a dinner dance to commemorate the 20th anniversary of Maersk Line, added that the Tema and Takoradi ports  were to be rehabilitated and developed to enable the two ports to accommodate more ships.

Maersk Line is one of the leading liner shipping companies in the world, serving customers all over the globe. The Maersk Line fleet comprises more than 500 vessels and more than  1,900,000  twenty feet containers.

The occasion brought together, captains of the shipping community, customers and officials of the company across Africa.

Alhaji Dauda observed that in a globally interdependent world, the role of the transport sector in the carriage of vital imports and exports for  industrial and domestic use remained crucial to developing economies like Ghana.
The minister said in furtherance of the operations of the …
Post a Comment
Read more

April 08, 2011
THE inability of the Ministry of Education (MoE) to implement the Free Compulsory Universal Basic Education (FCUBE) textbook policy which makes it mandatory to print 60 per cent of textbooks locally is stifling the printing industry in Ghana, the Ghana Printers and Paper Converters Association (GPPCA) has said.

It said contrary to suggestions that the local industry was saddled with problems, it had the capacity to meet the demands of the educational sector.

The President of the association, Mr James Appiah-Berko Snr, made the observation when he led executives of the association to pay a courtesy call on the Minister of Education, Mrs Betty Mould-Iddrisu, to present the challenges of the industry to her and discuss avenues of co-operation which would ultimately lead to the strengthening of the printing industry to meet the textbook and exercise book needs of the country.

April 08, 2011
Former President J. J. Rawlings has lauded the review of the 1992 Constitution, describing the exercise as a step to improve the country’s governance system.

Speaking to the media after a two-and-half hour in-camera discussions with the members of the Constitution Review Commission (CRC), the former President said the review was necessary to further consolidate the country’s democracy.

The meeting formed part of the special ongoing consultations with front-line managers of the 1992  Constitution which include sitting and former presidents and vice-presidents, sitting and former chief justices, former and sitting Speakers of Parliament, as well as flag bearers of the various political parties with parliamentary representation.

April 08, 2011
Statistics from the Accra Metropolitan Assembly (AMA) and waste management bodies indicate that some 270 tonnes of plastic waste is generated each day in Accra alone.

The staggering figure has brought together students from the Lincoln Community School (LCS) and the 48 Engineering School, both in Accra, to engineer means to reduce the plastic waste menace in the city.

Under the project, students from the two schools have developed an environmental awareness campaign that emphasises the inherent problems associated with plastic waste.

At a programme at Teshie in Accra last Friday, the students used dance, songs, a dramatic sketch written by them, as well as a presentation, to illustrate the danger posed by plastic waste to the environment.

The presentation painted a gloomy picture for the country’s environment if the current trend continued. It also defined the problem locally and connected it to the larger global issue.

April 08, 2011
The Ministry of Finance and Economic Planning yesterday launched a project to clear thousands of ghost names from the government’s payroll.

The exercise will collect biometric data of some 730,000 public sector employees and pensioners.

The project, which is being executed by 3M Cogent of the United States of America (USA), will begin with 100,000 pensioners at the pilot stage throughout the country at the cost of $2.385 million.

It is expected to be completed in six months.

The launch of the exercise comes on the heels of the 2009 Auditor-General’s Report which indicated that Ghana lost some GH¢2,485,697,863, representing 90.3 per cent of financial malfeasance, to ghost names on the payroll of the country’s foreign missions alone.

As one of the leading companies in automated fingerprint identification systems in the world, Cogent operates over 250 operational system installations in 55 countries.

A task force set up by the Minister of Education in 2001 to exorcise a targeted 30,000 g…
Post a Comment
Read more 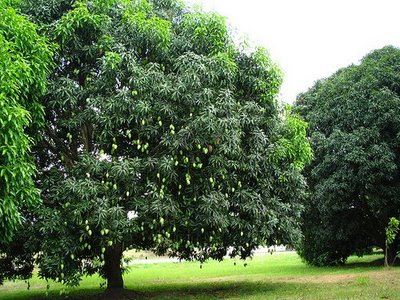 THE government has acquired 20,000 acres of land for the cultivation of mangoes in the three northern regions.


This forms part of the National Mango Plantation Project aimed at developing mango orchards in a five-year period.

The Director of Exports at the Ministry of Trade and Industry, Mr Appiah Donyina, disclosed this in Accra at a business meeting between the Association of Ghana Industries (AGI) and the Federation of Indian Chamber of Commerce and Industry  (FICCI).

April 08, 2011
The Management of Shoprite, last Friday put smiles on the faces of children supported by  OrphanAid Africa, a non- governmental organisation (NGO) that specialises in rescuing children from orphanages and settling them with their families, when it presented a cheque for GHC 10,000 to the organisaion.

The money was realized from donations made by customers of the company and is expected to compliment the effort of OrphanAid to finance its activities.

Presenting the cheque, the Marketing Manager of Shoprite, Mr Kwame Larbi-Siaw, , said the amount was raised through GH¢1.00 donations   made by customers to support the project.

He said  the donation was part of the company’s corporate social responsibility to support the needs of underprivileged children.

He  pledged the company’s support for OrphanAid saying  the donation would be made annual affair and hoped that it would a long way towards financing the activities of the organisation.