Close to 400 pupils from Ayigbe Town, SCC, Bortianor and Broadcasting, communities behind the Weija Dam, who school at Weija get stranded every morning as a result of the Ghana Water Company Limited (GWCL) closing its gate, which is the only route to the schools by the pupils on foot.

Residents of Aplaku and its surrounding communities have, therefore, appealed to the government to construct a footbridge across the Weija Lake to ease the difficulties their children face on their way to school across the lake.

The gate was closed last year on the instructions of the Ministry of Water Resources, Works and Housing.

“This place is not a thoroughfare. We do a lot of spilling, especially during the rainy season when the water is beyond the safe operating level of the dam. It is too dangerous to be using the bridge. If someone falls and gets drowned, it is the GWCL that will be blamed,” it said.

Schoolchildren, some as young as two years from  the Weija Presbyterian Primary, the St Joseph the Worker Primary and Junior High, the Weija Methodist Primary and the Hips Charity schools struggle to make their way to school on a daily basis. 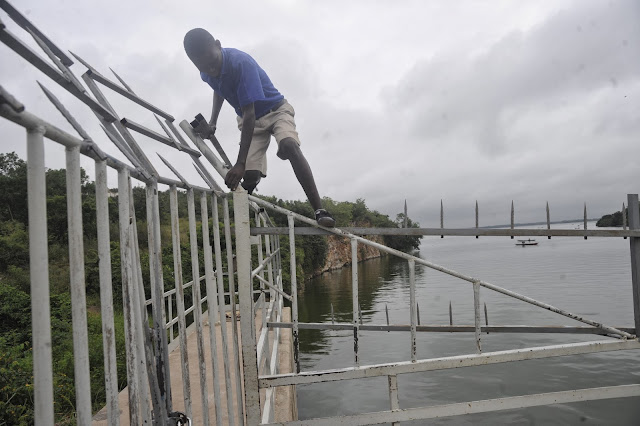 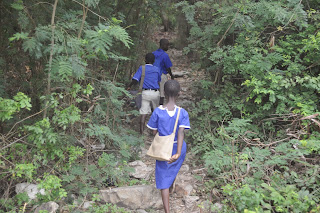 Faced with a possible eight-kilometre walk to their schools, some of the children defy the sharp-edged metal bars and meander their way through openings to enter the premises of the Weija Dam before making their way to school.

Others who cannot undertake that adventure pay their way to school in a canoe — a journey of about 300 metres — or change vehicles three times before getting to school.

At the risk of getting drowned or even pierced by the metal bars, Alberta Tsivenu, a primary six pupil of the Weija Presbyterian Primary School who squeezed her body through one of the metal bars, told the Daily Graphic  that every day they either had to sneak through the bars on the blind side of the security guards or pay 20Gp to a boat owner to ferry them across the lake.


“It’s a very long distance if we have to walk and we sometimes get to school late,” she said.

The Secretary of the Parent-Teacher Association (PTA) of the HIPS Charity School, Mr Victor Sarbah, observed that the situation was affecting the academic performance of the pupils, as some of them arrived in school tired.

He, therefore, appealed to the government to save the situation and prevent a possible drowning.

He said even though the municipal assembly had promised to get a Metro Mass bus to convey the pupils to school daily, it was yet to materialise. 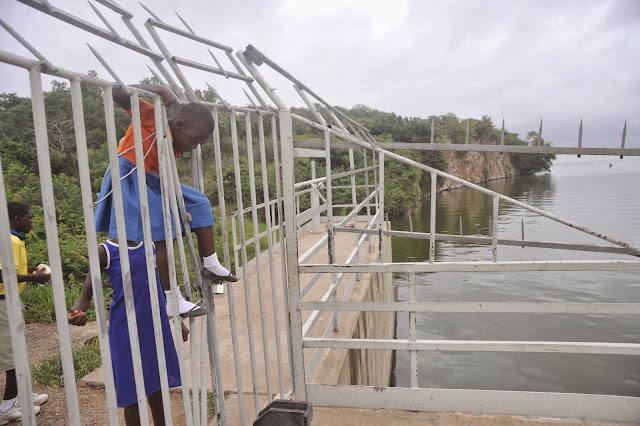 “All we need is a footbridge to deal with the situation. These children are too young to be going through this before they get to school, “ Mr Sarbah stated.

The construction of buildings along the Weija Dam has been a source of worry for the GWCL for some time now.

A parent, Madam Grace Gyamfi, said she lived in fear whenever her grandchild left for school.

“It is difficult to have peace of  mind when the children leave for school. Something needs to be done before the situation gets out of hand,” she said. 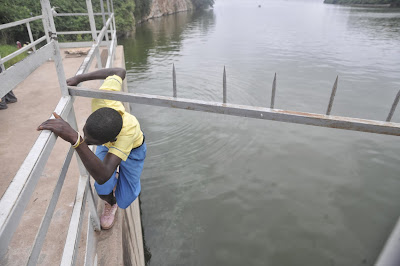