Riddle Riddle! What is the relationship between Kumasi Asante Kotoko and the National Democratic Congress (NDC)? What about the New Patriotic Party (NPP) and Accra Hearts of Oak? 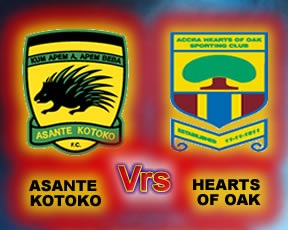 There are two  things that are never absent from the Ghanaian daily hustle and bustle menu---football and  politics.

Take the two out of everyday life, and Ghana would probably be as drab as chewing a tree bark. The two are,however, defined by superstition.

Football and political superstition has a long history.

According to tales of the past, Kwame Nkrumah brought in a god from Guinea (Kan Kan Nyame) for spiritual powers he needs to rule Ghana forever.

The story had it that the late President buried a pregnant woman alive to further strengthen the potency of his charm.  More than 50 years after his death, Nkrumah’s vodoo is yet to be found.

Do you remember the so-called  juju ring of the late President J.E.A Mills? If  you don’t,  here is the story.

The Member of Parliament for Bimbilla, Mr Dominic Nitiwul, stirred the controversy soup pot when he alleged in May, 2011 that the late President wore a juju ring during the 2008 elections.

According to him, President Mills wore a supernatural ring on his middle finger which the MP said was provided for the then presidential candidate by an occultist for the purpose of the election. So much for political superstition.

In football circles, similar stories abound. One of the most infamous cases of superstition in Ghana football was about Accra  Hearts of Oak in the 1970s. In 1977, they played exceptionally well throughout the continental championship.

However, in the final against Hafia Club of Guinea something interesting happened.  The players uncharacteristically missed a number of sitting chances.

They played all the good football in their own half of the pitch but whenever anyone found himself in a scoring position, he either ballooned the ball over the ball or give a questionable pass.

It emerged  later in the  rumour mill  that the team had allegedly consulted an oracle in the build up to the match that had predicted a win but cautioned that the player who scores the first goal would die.

In the 1998 World Cup, Laurent  Blanc would kiss Fabien  Barthez’s bald head before each match. France went on to win the tournament, conceding just two goals.

Suprisingly, the two didn’t reconstruct their sentimental ritual when they played together in the Premier League for Manchester United.

Even the world’s  best players can be caught in the web of superstition. The Brazilian legend, Pele, once gave a match shirt to a fan, only to then suffer a dip in form. He instructed a friend to track down the old shirt and a week later it was returned to Pele, who immediately returned to his goalscoring ways.

What the friend did not tell Pele was that he actually could not find the original shirt and simply gave him another one.

According to the Sun Newspaper of the UK, Argentine goalie, Sergio Goycochea, used to urinate on the pitch if he was involved in a penalty shootout. Goycochea explained: "If you have any natural human urges, you have to go on the field. I was very subtle and nobody complained."

Then a former England striker would never shoot at goal during the pre-match warm-up.  Gary feared he would use up all his good shots if he practised before  games.

So far as there is day and night, politics and football will always embrace superstition.

Imagine officials of National Democratic Congress (NDC) pumping loads of cash into Kumasi Asante to win the league. How about the New Patriotic Party (NPP) dipping deep into its financial chest to revive the fortunes of Accra Hearts of Oak to clinch the 2016 league especially.

It sounds impossible, downright dismissible and funny considering the patrons in each camp right? Former President J.A Kufuor had once managed Asante Kotoko and the late President J.E.A Mills was in charge of Hearts of Oak affairs in the 1980s.

Admittedly, there are also some NPP gurus like Dr Nyaho Tamakloe who on any day will do anything for the rainbow boys (Hearts of Oak) and the same goes for Mr Yamoah Ponkor, a die-hard NDC man, who wines and dines Kotoko.

But it is open an open secret that Accra Hearts of Oak supporters tend to be more of NDC than NPP and the opposite is true of NPP sympathisers being loyal to Kotoko.

However, the historical scripts point to an interesting trend from 1992. Apart from 1996, whenever Kotoko wins the league in an election year, the NDC victorious in the elections. 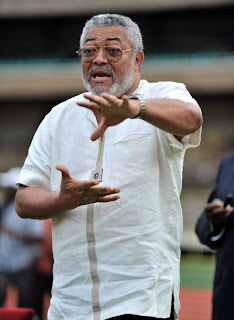 In other words, whenever a club from the Ashanti Region wins the league, the NDC wins the elections. 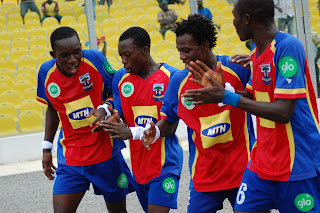 Here is what the break down is like.  In 1992 when Ghana decided to trek on the multi-party path, Kotoko won the league that year and in that year’s elections; former President J.J Rawlings won the elections beating Professor Adu-Boahene to the presidency.

In 1996, neither Kotoko nor Hearts had the energy  to contain the strength of the then Obuasi Goldfields who defied convention and won the league. In that year’s elections, former President Rawlings again overcame Mr J.A Kufuor to win the election. 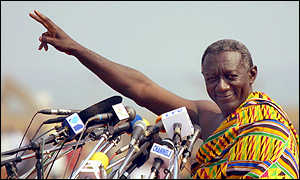 In 2000, the NPP riding on the wings of change sent the NDC out of the corridors of power with former President Kufuor leading the charges. What happened in the local league? A fear-some Hearts side won the league and conquered Africa.

Four years later in 2004, Ghana went to the polls again to re-elect former President Kufuor and again, Hearts decorated its trophy cabinet with another league title. In the CAF confederation cup which was postpone to 2005 because of the elections, Hearts again pummelled Kotoko into submission to win what was tagged as ‘the virgin cup.’
﻿


In 2008 when the battle line for the election was drawn, and boots laced on the soccer field, the NDC got the keys to the Osu Castle with the late President Mills and the Kotoko lifted the coveted league.

Similarly in 2012, a resurgent Kumasi Asante Kotoko pulled the seam out of the title ambitions of 15 other clubs including Hearts in the conquest. The NDC also lived up to the trend to win the 2012 elections. 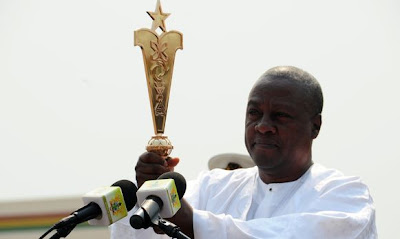